Why I’m Running a Marathon 6 Months Early… (sponsor me pls!) 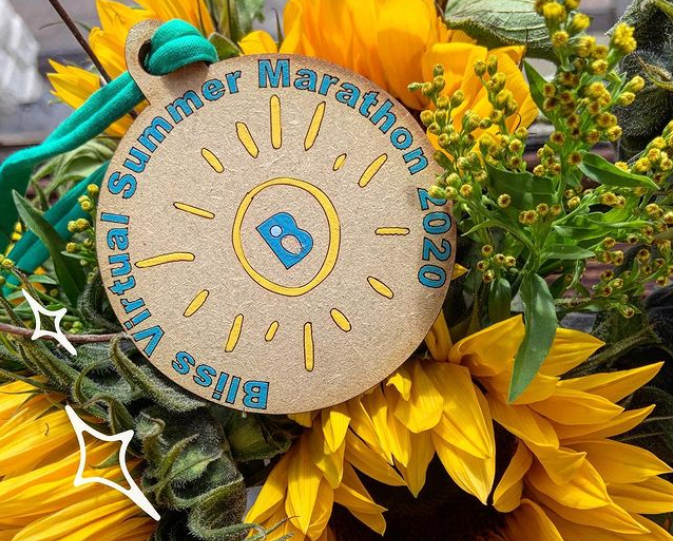 Well, it was never going to go to plan, was it?

OK, so my actual plan wasn’t to run a marathon at all. Like basically everyone that sits down and watches the London Marathon on TV, I found myself getting increasingly emotional at seeing exhausted but amazing people cross the finish line knowing they’d raised thousands of pounds for good causes. So I sat and had a big glass of wine (which I definitely hadn’t earned because I’d run absolutely fucking nowhere) and filled out the form to apply for a place. The form asked what running shoes I ‘usually’ (ha!) ran in, and I had to select ‘Other’ from the given brand list because if I was honest, my occasional jogs were in £12 Primark trainers. It all seemed pretty unlikely, but I didn’t care. I could say I’d applied. That made me a real runner… right?

I’ve written before about taking up running as a way to rebuild my fitness levels after having my son, and by the time people started to receive their mainly-rejections from Virgin for the 2020 event, I’d racked up a few miles and could run about a 10k. I was not marathon material. Yet when post arrived for me through the front door with the telltale Virgin logo on, it said I’d been accepted and had a place. I was the only person I knew who had been, and ohhh fuck.

After a couple of weeks of umm’ing and aah’ing, I deferred my place to 2021 race, scheduled for April that year. After all, I didn’t really have time to train running after a toddler 24/7, and this would give me time to do so at a pace where it didn’t have to take over my life. As well as that, my boyfriend’s 2020 sporting season was being planned and finalised, and there was just no way we could both be in training at the same time if we were going to be at all involved in even just seeing our kid once in a while. So I deferred, and felt better for it, and gradually started building up my running mileage.

And then, and say this in a Cardi B screech please: CORONAVIRUS! The 2020 London Marathon, scheduled a full year before the one I was intending to race, was cancelled. I, like every other runner who had entered it, received an email from Virgin confirming the cancellation and promising a rescheduled date at the beginning of October. Only, uh, there was a note at the end that very much applied to me. “Places in the 2020 Virgin Money London Marathon has been automatically transferred to the rearranged event scheduled for Sunday 4 October, even if you previously withdrew from the event”. Ah.

I called Virgin, and it was confirmed: my deferral had been cancelled. My partner’s sport season was cancelled too, so the decision was made… I would run in the 2020 London Marathon! A race in April 2021 was now a race in October 20202. Fuuuuuuuck.

Raising some moneyyyy (for a charity supporting parents, obvs)

My Marathon place isn’t a charity place, but I’ve decided that I’d like to fundraise what I can for a good cause anyway. I’ve chosen Bliss, a fantastic charity that cares for babies born premature or sick. As the mother of a premature baby I wasn’t lucky enough to be on the receiving end of their services, but I very much understand how important what they do is and I wish that I’d had the benefit of their support. So, I’ll do the next best thing and help others receive that support in the future. On this note, I should say that I recognise I’m at an advantage in that I don’t have a minimum target to meet to run, so if you have pals running for Bliss who are on charity places, donate to their funds before or instead of mine! It all goes to the same place, and it’ll be a weight off their minds.

I’ve launched a JustGiving page for anyone who has a spare couple of quid and would like to bung some Bliss’ way. Donations can be made online direct through this page, or, if you’d prefer not to put your details in online, I can take cash donations and enter them toward this total. (Just drop me a line you total babe!)

2. Get ya running shoes on! I’m hosting a virtual marathon.

Why not use this opportunity to get running yourself? I’m hosting a Virtual Summer Marathon through August, which is open to anyone.

This involves you running or walking or rolling or wheeling 26.2miles (or more, if you’re up for it) between 1st-31st August, in as many or as few different runs/walks/journeys as you like. That’s less than a mile a day!

At the end of the month, you can send me proof of your accomplishment (a Strava/Runkeeper/whatever app screenshot, or just your written notes totalling 26.2miles… or nothing at all because I have faith you won’t lie to me), and I will send you in the post a Virtual Summer Marathon Medal to commemorate all your hard work!

To enter will cost £13, with £10 going to Bliss and the other £3 covering your medal and postage. Contact me to enter and pay, and get yourself on the list for marathon greatness… all for a good cause, of course. (I’ll pop every one of these donations on Justgiving too, so they’ll count toward my running total!)

On this note, if you have any further fundraising ideas or tips on how the christ I’m meant to run 26.2 miles in one go, slide into DMs. I’m gonna need all the help I can get… thank god there’s still a coupel o months to go!