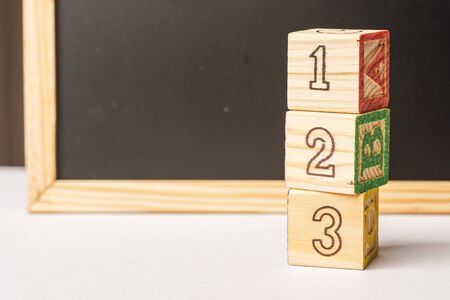 One baby is hard. Two babies are tougher. But twin babies when you already have a toddler in the house? PHEW. Sarah juggles three children and having, well, a life, on a daily basis. How does she manage? Well, there’s more to it than just buying three of everything…

Sarah is a badass mum of three girls but she definitely wasn’t expecting quite this many children at once! You can follow her and her daughters’ many adventures on her Instagram, @sweeterseahorse. If you’re up for honest convos on parenting multiples can be, or just wanna let her know what a great job she’s doing, drop her a line.

“My twins are six months old, and my eldest daughter is two. To have parented three children for this long is a huge achievement for me. I feel very differently as a parent now compared to how I felt a year ago and thank fuck for that. Of course, everyone has a different parenting journey, but here, I want to share my story.

Myself and my partner had a rare night to ourselves and our daughter stayed with my parents. We tried. A few weeks later, no suspicions or you know, that ‘feeling’, I took a test. I was.

A couple of weeks later I started bleeding. I thought it was implantation bleeding, as this had happened to me during my first pregnancy, but it was more than before. We headed to the Early Pregnancy Unit, where I lay in (what I thought was) the same situation I had the year before. Because no one told me this shit.

Being told you’re having twins is a massive shock, and it’s stressful. You don’t just ‘know’ it’s going to happen because your bump is bigger.

My partner Paul was with me as the sonographer smiled and said ‘We’ve got some good news – it’s twins’. I immediately burst into tears. Paul laughed.

I was in shock. What the hell was I gonna do? There were moments where I would look down at my bump and remember there were two babies in there… and then look across and see my other child, too. Uh… How were we gonna afford this? How would it affect our daughter? How would we cope with three under three? Do we have enough space in the house? Will our relationship be able to take the strain? Would my body be able to take the strain? Turns out, I still don’t know the answer to most of these questions.

It quickly dawned on us after that first scan that we’d need a new car. We’d need two more car seats to fit alongside our daughter’s, plus room for a double pushchair (FUCK, we’d need a double pushchair, gahhh!), the dog, and whatever other baby paraphernalia we’d need in the boot. Our Ford Fiesta would never be able to fit everything… so it was clear: this wasn’t just going to cost everything x2 – it would be much, much more. We already owned a load of baby stuff we couldn’t use again and still had a child we still needed to continually purchase new stuff for! Life could no longer be cheap.

Luckily, I’d kept (aka couldn’t be arsed to sort and get rid of) all of our daughters’ baby clothes. The babies could wear those. Thankfully, when people find out you’re having a baby they can’t wait to pass on all of their old shit. I am a happy receiver of all of said old shit, and I’ll pass all of that old shit on again. Almost everything we have now child-wise is secondhand, and it’s still expensive!

You can get doubly sick.

I suppose it makes sense – double babies so double the sickness. This time, it hit extra early. I like to think that I’m someone that doesn’t ‘go off sick’ lightly, but I couldn’t work, I couldn’t eat, I couldn’t drink, I couldn’t stand up in the shower, I couldn’t look after my daughter. The only time I got up was to be sick.

It turns out that really early pregnancy sickness can be a sign of multiples, but I hadn’t known this. I was, briefly, hospitalised, but thankfully my sickness eased out and eventually stopped. I did keep having weird sickness flashbacks for a while every time I went to our loo though. Cue green face emoji.

Your pregnancy is automatically classed as High Risk.

As I had never really thought about a twin pregnancy before it didn’t really cross my mind that it immediately makes you high risk. Two babies = double the amount of stuff that could go wrong. I had extra scans, extra hospital appointments and was put under Consultant care.

Yep, you can give birth naturally. If you want to!

I assumed that as there were two buns in my oven that the only way they could come out safely for everyone was via a c-section. I was wrong. I never felt pressured to go in any particular direction birth-wise and given all options, the decision was completely mine. I was lucky as there were no complications and the girls had always been and stayed in a head down position, so I was a good candidate for a vaginal birth. I figured that I’d squeezed a baby out before so I could do it again….and again. I was also terrified of the major surgery involved in a c-section. A date was set for induction (I wasn’t allowed to go over 37 weeks), and it wasn’t as bad as I’d expected.

I won’t go into detail on the birth but I will say that once I’d given birth to the first baby, I really could not be arsed to do it all again and actually remember feeling really annoyed that I would have to. Doh!

There will be a lot of people in the delivery room.

It’s safest for everyone that there’s a bit of an audience in the delivery room, but of course they’re not just spectating. By the time my girls came along, there were three midwives, a doctor, an anaesthetist, someone to hold twin one as twin two came out, my partner, me… and then two babies.

I did feel a bit self-conscious at the thought of having to do all of this with so many people looking up my you-know, but thankfully one of the midwives asked everyone to give me some space and then… it just happened.

Mothers of multiples are at higher risk of PND.

According to the TwinsTrust website “Mothers of multiples have almost twice the average risk of postnatal depression. A survey by TAMBA of over 1000 mothers of twins and triplets in 2008 found that 17% of mothers who had a multiple birth experienced PND, compared with an average of 10% among all mothers”. This doesn’t surprise me. In the midst of a pandemic without as much support around as usual, and the inability for me to get three kids out of the house at once, things get lonely and things get stressful. There are lots of online resources for twin parents, but I’ve struggled to find much on twin + toddler parents!

As someone who has always had issues with anxiety and OCD, I’ve undergone treatment in the past and have a good degree of self-awareness over my own mental health. I continued seeing my usual counsellor through my first pregnancy and birth, which helped me massively, but this time, my mental health does seem worse. Admitting it helps, so here I am admitting it. I am receiving help. I’m in the thick of it at the moment, yeah, but I’m ok.

I am, finally, working out a routine where my eldest gets undivided attention when the babies nap, and she gets to stay up a little later. But guilt still pangs.

Twin parents are in a secret society. Kinda.

The Twins Trust is a brilliant resource. I attended a parenting course run by them and recently had to call their Twin Line for advice from someone who’s been in my situation.

The truth is, mums of multiples look out for each other. We stop and chat in the street. We keep in touch via Whatsapp, we gravitate toward each other at groups and clubs. I still get really excited when I see another twin mum – it’s just so nice to know that others are going through, and have been through, the same thing.

I’m six months into this now and this is just my journey so far. Being a twin mum is so, so hard – and don’t get me wrong, there are days when everything goes to shit and you don’t know how you’ll get up the next day. But there are also days where everything has gone well and you feel so accomplished and empowered that you can’t see how you won’t get through.

You will find yourself developing superhuman multi-tasking skills; you will be in awe of what your body has achieved even though you may dislike it sometimes; you will learn something new every day. I’m looking forward to seeing how my girls grow up and to me growing up and learning with them. My funny, clever toddler. My gentle, snuggly and ever smiling first twin and her strong, small and sassy sister. Three girls, one mum. The teenage years are gonna be fun!”