The Shit No One Tells You About Children’s Night Terrors 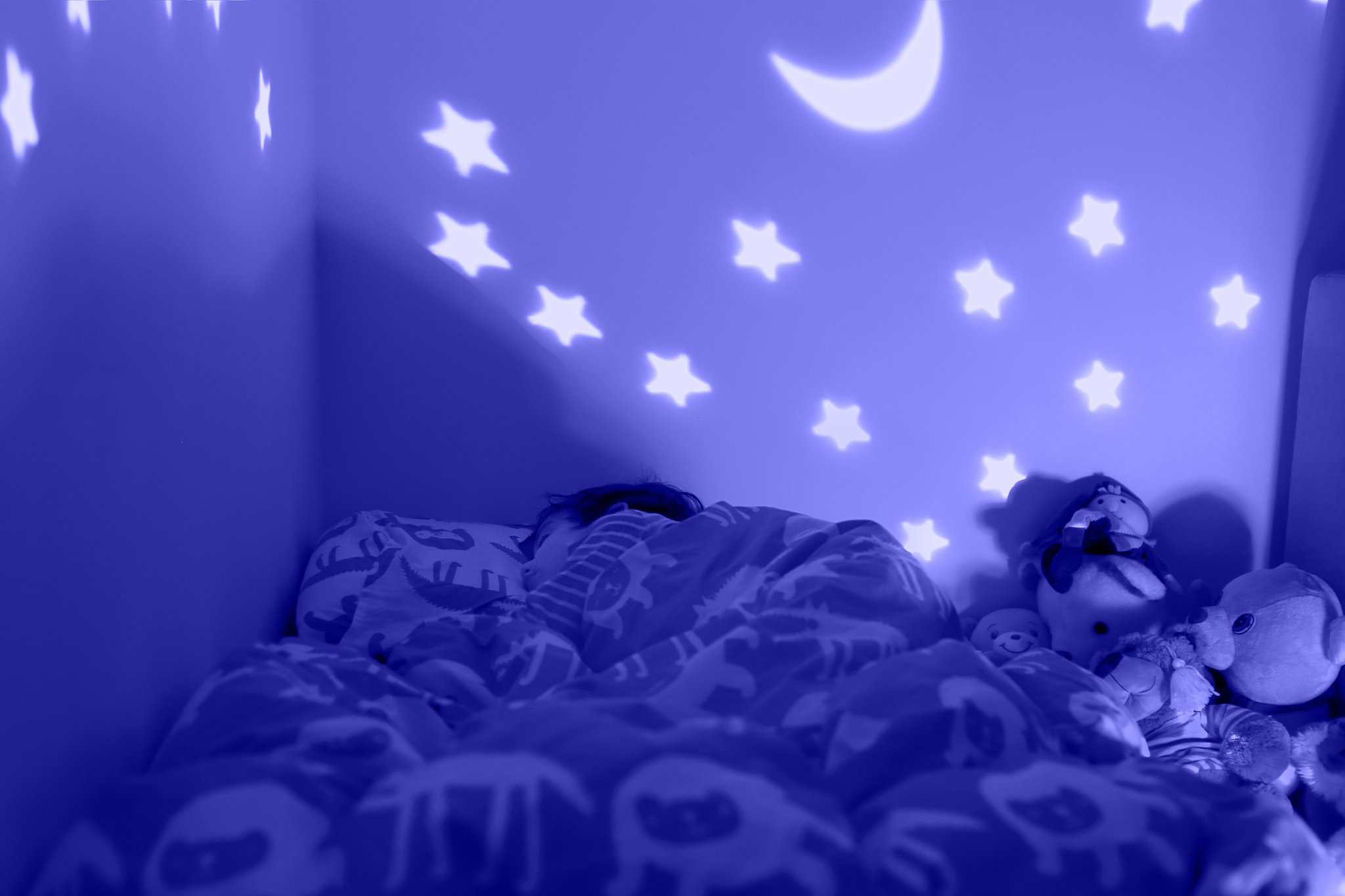 Every parent suffers with a lack of sleep at some point (and those that don’t, we don’t talk to). But how do you cope when your child is hysterical, lashes out and experiences scary and traumatic night terrors… for years? Abi battled this with her daughter and knows a thing or two about needing some more shut-eye.

Abi suffered largely in silence when her daughter started experiencing night terrors, but she doesn’t want anyone else to. Her DMs are always open for a chat if you’re worried about your child’s sleep… although probably best not to tell her your kid is the perfect sleeper, eh? 😉

For more information on night terrors, check out the NHS advice and Babycentre’s article on them. Further support and resources can be found from The Sleep Council.

“For over two years I struggled with my child’s otherworldly night terrors. I am a single parent and the stress permeated every aspect of my life. I felt utterly hopeless and lost, both at fault and a victim, caught in the path of a raging pre-school locomotive. My daughter is now nearly 8 years old, and thankfully this now feels like a distant memory. I wish I could go back in time and reassure myself that she would grow out of it and that everything would eventually be okay, but, I haven’t figured out where that portal is yet so for now, I’d like to share my story in the hope that someone who needs the reassurance finds it:

It’s 3am and the demon has risen. She’s on the stairs, half way up… half way down? I can’t tell. But she’s there. I know she’s there because the walls are shaking. Her foot, BANG! BANG! BANG! on the floor. Fists clenched, PJs clinging and drenched with sweat. Eyes open? Closed? Halfway perhaps, seeing but not seeing… almost (but not quite) frothing at the mouth.

The neighbours had stopped me in the hall a few days ago, heads tipped in united concern. “So, what’s happening?” They are so calm. Their precious, quiet, newborn is sleeping soundly in her buggy. What. Is. Happening? Fucked if I know. Obviously, I don’t say that.

“Night terrors?” I smile. “I think it’s quite a common thing.” I am, clearly, lying through my teeth. The last tenant downstairs was contacted by social services because these walls are practically made of paper and someone overheard the One and Only time she lost her shit at her toddler. My priority is to make it out alive, preferably without any calls to any powers that be.

All kids have tantrums, sure, but this..? It’s different. Midnight meltdowns? Hours of wrath in the middle of the night? Turns out it actually is a ‘thing’. And honestly, it’s terrifying for everyone.

Getting answers on what’s actually happening can be difficult.

Of course, I turn to Dr Google: Night terrors/bad dreams… can’t wake them up… quite scary… mildly discombobulating for everyone involved. Right. Get a few hits. What they don’t mention? Violent outbursts, sleepwalking, screaming helpful things like ‘Don’t hurt me!’ as I’m stood, gobsmacked, on the other side of the room. The Howling (and yes, that shit deserves a capital H). Being completely and utterly unable to comfort or calm her. For hours (3.5, on average, for my little girl) in the night. Every night. For over two years. Nothing I looked up covered everything.

No one seems to know definitively if children experiencing night terrors are properly awake or asleep and the lists of symptoms seem to be endless. I’d like to think she’s asleep (so won’t remember any of it), but I guess I’ll never know for sure.

It’s not easy to get help for sleep issues. I never did.

Of course, no obvious diagnosis = very little support around. I broke down in tears in front of a GP and was asked “Have you tried setting up a decent bedtime routine?”. No shit Sherlock, our bedtime routine is watertight! I sought solace from school, but they were unable to help because ‘all children have tantrums’. I wasn’t able to access help from anyone.

For anyone in earshot, it sounds fucking awful!

The pressure of knowing people could hear us made me constantly try to usher my daughter up into a room where I know there were no adjoining bedrooms (we live in a flat). When I tried to touch or cuddle her, she would fight me off. I once took the ill-advised approach of trying to shock her awake with splashes of water or loud clapping, but she carried on furiously staring at me (that light was on… but nobody was home). She would just keep screaming and screaming something horrendous like, “NO! MUMMY NO!”.

I’m not an idiot. It must have sounded like I was abusing her in the dead of the night. The thought of that horrifies me. It’s a conversation I thankfully never had with social services, but at least I could prove I sought help if it ever came to that.

It can go on for years.

This has nothing to do with sleep regression, although you might be told so. For us, it continued for two years with no solution. Night after night, I woke up after two hours sleep, feeling physically beaten and shaken to my core. I would traipse into work and sit at my desk thinking a combination of negative and unhelpful thoughts around my being the worst mother in the world/people thinking I’m a failure/my child being really ill/how awful that I was beginning to feel a bit scared of her. Newborn sleep deprivation only lasts so long, nobody could possibly be more tired than I was.

All the googling does make you an expert on a lot of medical conditions, though!

Yeah, I’m a shaky mess but also now an expert on diabetic rages, autism (hard to spot in girls), nightmares, ADHD… every possible thing I could research to potentially label her with. There is no pattern and no diagnosis, but I’m her Mum, I didn’t stop looking. The main thing I had to keep in mind? She’s active, she’s happy, she’s safe. It’s just not always easy to remember that at 2am.

The good news? IT DOES END!

I wouldn’t have believed you if you’d told me at the time, but it turns out we got through it Slowly, in a bit of a daze, I realised the ‘incidents’ were happening four nights a week instead of seven. Then two. Then twice a fortnight. Then once a month. Then… never.

Three years later and we’re both actually, genuinely, fine. It’s hard to remember what it was like now, and I’m grateful I’ve not endured stress like it since. Don’t get me wrong, my daughter still doesn’t ‘sleep through’ (so SSSSHH if your kid does!!), but there’s no shaky walls, no screaming, and no raised eyebrows from neighbours. If anything, she gets up for a wee twice as much as I do.

We survived the storm, and what did I learn? I am one mightily strong individual. But I do like a good night’s sleep.

Please reach out if you need help. My DMs are open if you think I’d be any help to you!”