The Shit No One Tells You About Becoming ‘The Other Parent’ 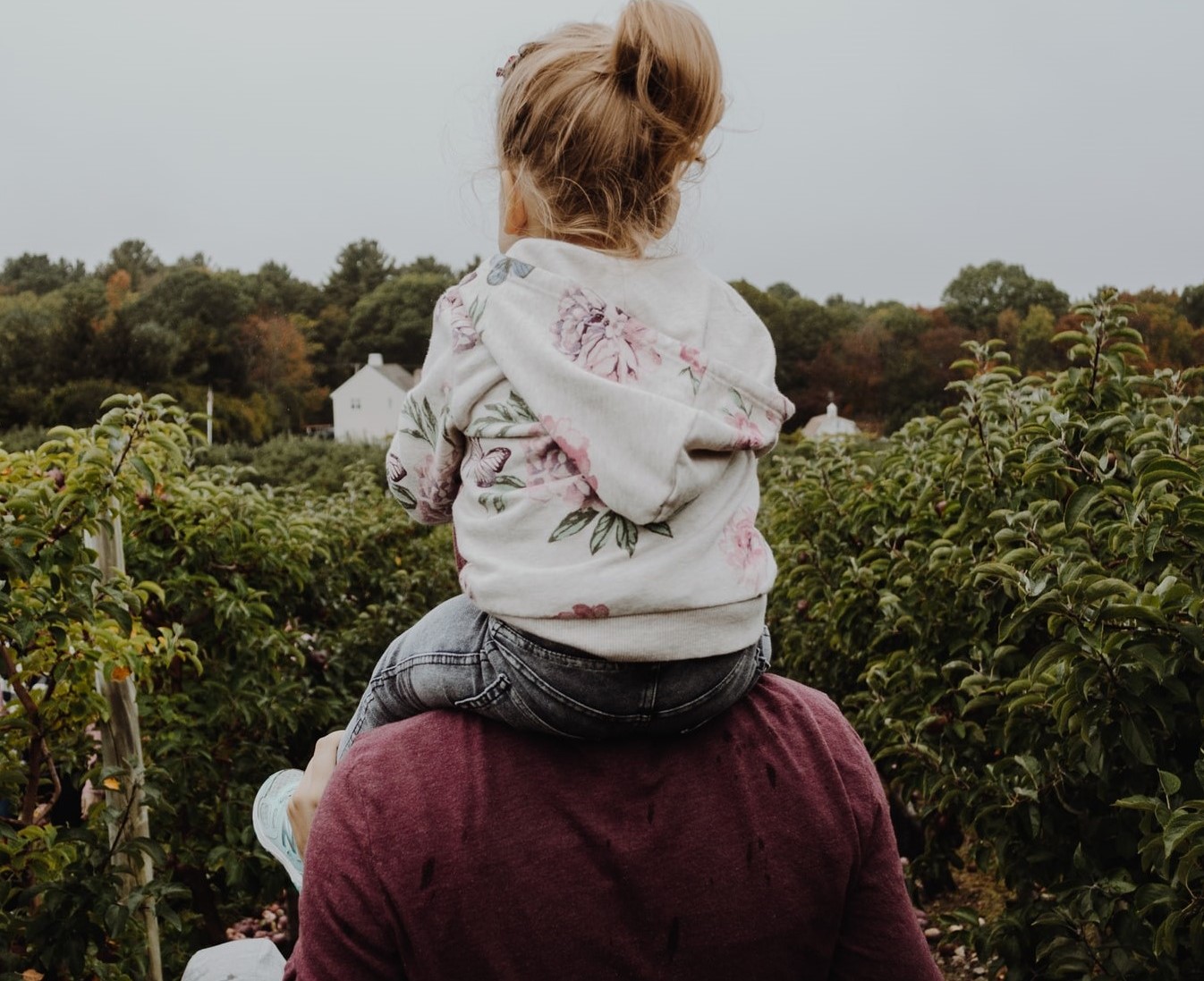 Relationships break up, but when there’s a child involved, things can get tricky. A brilliantly honest and upfront Dad gives his account of moving out, moving on, and continuing to be a positive parent. To co-parenting… and beyond!

For this blog, the author has chosen to remain anonymous. All names have been changed for anonymity, but all details, emotions and thoughts are real. This is one experience, and I have yet to feature one from a mother separated from her child’s father, so if you fit the bill and would like to write from that perspective, get in touch!

If you’ve just been through, or are still going through, a tricky break-up and think this might upset you, come back to it later. Click here to get outta here!

“Myself and Jane were twenty-one when she became pregnant. We’d been together for years, and becoming a dad was always a big deal for me as I have a terribly inconsistent relationship with my own father. I chose to mention it now as my relationship with my dad has taught me, at least one, invaluable lesson: just simply be present and available, as much as you possibly can (if you take one from this blog, make it that!).

I had been offered a place at university but also had a full-time job. Upon discovering our impending new arrival, I intended to withdraw my application to uni. Eventually though, Jane convinced me to study so I wouldn’t end up regretting the decision not to go further down the line. I found a bar job and settled into a routine of doing the night feeds with our new daughter, Elsie – which I loved, because it meant I got to snuggle for more than ten minutes between work and uni. But when it came close to the end of Jane’s maternity leave from her job, she announced to me during dinner that she no longer intended to return: she was enjoying being a full-time mum.

I spent that night at work completely gobsmacked, dumbfounded and well… a bit pissed off! The plan had been that I could work less when she returned to work, meaning I could have more time at home with Elsie, but also time to focus on my studies. Now, I’d get none of that.

It can be fucking difficult to articulate your feelings for your child, but you need to.

I’d been stewing on it for 24hrs by the time we discussed it, all the time growing more irate and focussing entirely on how selfish Jane was being, especially as it was her who persuaded me to go to uni! She didn’t see why she should return to work when our routines were fine as they were. But of course, it wasn’t fine for me, because I wasn’t really involved in the parenting. I was supporting the family, but I wasn’t getting a chance to be a hands-on Dad like I had always wanted to be.

It sucks to have to communicate with someone so much when you’re mourning a relationship with them.

I was about to start the final year of my degree when Jane left me. I was completely devastated. I wanted to try and make it work but her mind was set. In hindsight, she was brave and had made a tough decision. Tension had risen between us and we started arguing regularly. We had grown apart. It had become apparent that we wanted different things and Elsie was the only thing we had in common that we both truly cared for.

With most breakups, communication can be kept to a minimum but this is not the case if there are children involved – especially if you want to be actively involved in their upbringing.

It’s tough to share your thoughts with someone you feel resentment and upset toward. When I struggled with these conversations, I tried to keep in mind the reason for them was to make arrangements or decisions regarding Elsie. I had to be willing to be the one that makes the effort to be civil and to steer the conversations, hoping it would likely pay off. Over time we started to get on again. Eventually. But we did it!

Consistency between homes is important, but hard to discuss.

We quickly realised we didn’t want to be in a situation where something was ‘ok’ at one house but not at the other, so sat down and shared our ideas on stuff such as bedtimes and discipline to settle on how to manage this across both homes. As much as I wanted to be the cool Dad that said “fuck you” to the rules and routines from ‘Mum’s boring house’, I knew that this would create tension between Jane and I. We’d worked hard to get where we were, so I didn’t want to fuck it up.

This whole process for me involved ignoring comments and actions that annoyed or hurt my still tender feelings. This sucked, but by not responding to each snarky little dig, it meant we progressed faster and settled on a plan that we could both agree on regarding time and decision making for Elsie.

You’ve gotta compromise. On a lot.

After many years of working with only every other weekend free, I finally landed a Mon-Fri job. I had never had this luxury before and was extremely excited by the idea that I could have Elsie every weekend.

I mentioned this to Jane and she said she needed to think about it. I had my hopes up, especially as she had complained previously about my availability. But it was a… no. She said she wouldn’t mind some extra weekends, but if I was to have every weekend with Elsie, then she would get no quality time with her: the time they had during the week was brief due to school and work schedules. I got it. It wasn’t dissimilar to my previous situation, and she had clearly taken the time to think about her response, ensuring she could get her point across clearly (see my point above!). We kept things as they were but with the addition of longer stays during school holidays. My new role catered for this perfectly and would also help her out with work. A compromise with a positive result for both of us, in the end.

You gotta say ‘fuck you’ to FOMO.

When becoming ‘The Other Parent’, you sometimes have the privilege of joining your friends for nights out again. It quickly gets tempting to try and switch your weekends or even cancel altogether in order not to feel left out of shit you want to do, but you really, really shouldn’t.

From the outside this is obvious but when you’re drawn into it, it’s difficult to see. I spent many years after the breakup single, so cherished these times with my friends. With a hectic work life, a bit of a blow out on a Friday was something I looked forward to. A couple of times I did have one too many and was late to pick up Elsie the following day, and heavily regretted it afterwards. I stopped going out on Fridays and appreciated feeling fresher and more focussed during her stays. I’m pretty ashamed of those times arriving late, but I’ve learnt from it.

Anything bigger that I need to reschedule around, I try to organise as far in advance as possible to avoid mass disruption. Instead of cancelling, I swap the weekend and just as often now, Jane asks the same from me. Being honest with Elsie, explaining changing plans and avoiding too much baby talk, has been good for our relationship, as our time is limited, and it lessens any confusion.

Saying goodbye to your kid is the WORST. It never gets better.

Even now, years on, the one thing I still can not get used to is the strange sensation I experience after dropping Elsie off. I always feel a bit lost and have a weird feeling that I’ve forgotten something. I always spent the rest of the day not being able to shake it off. Simply, I miss her.

It sucks. Plus, if I’m honest, it’s a bit bloody distracting when trying to get on with the rest of my day… but it also tells me that my paternal instincts are intact despite only having limited contact. So that’s a good thing.

A big thing I’ve learnt is that just because you’re not there all the time doesn’t mean you can’t have a huge impact on your children’s wellbeing. The absence of my father taught me about parenting consistency, but I am sure I will make more mistakes myself and these I will have to deal with as they arise. For now, being a prominent presence in my daughter’s life makes me proud. I’m glad I worked through some difficult places to rebuild a relationship with Jane that suits us both.

For me, co-parenting has been and is a journey full of ups and downs. It can be easy from the outside to think that the ‘other parent’ has it easy, but being in this position has its own difficulties. It often takes you out of your comfort zone and forces you into interactions you might rather avoid. Stick with it, co-parents. You’ve got this.”