The Dark Art of Giving Advice 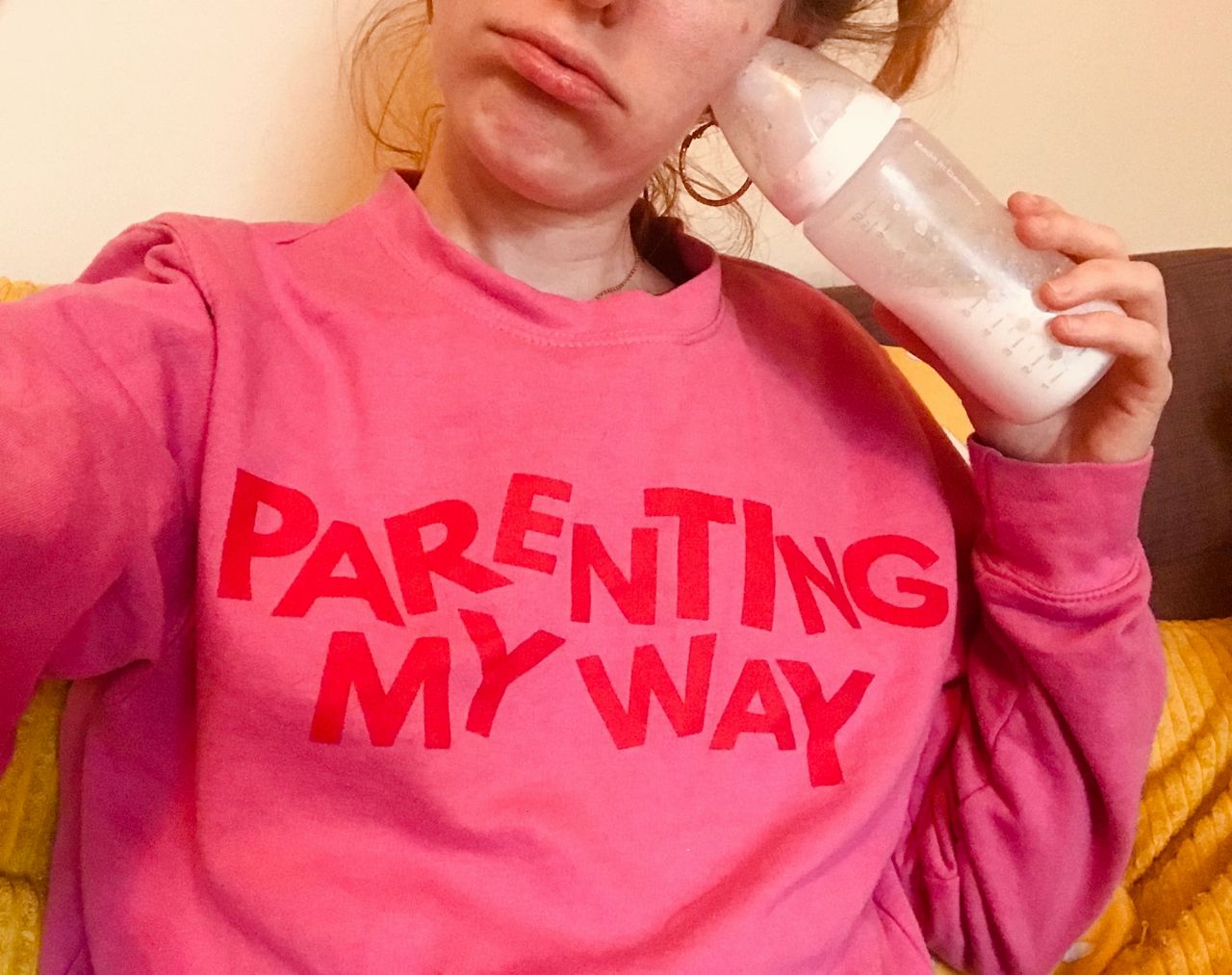 “Well, we always did it like that… and my kids turned out OK”

The second you tell people you’re pregnant, or have a visible baby bump, it seems like everyone loves to give you advice on pregnancy and parenting; often unsolicited.

My finding out that I was pregnant so late meant that I was pretty open-minded to any advice shared with me – after all, I knew nothing about babies and felt like I needed the help. But I quickly found it difficult to balance what I was being told with what I felt like, what I wanted to do, and what I found actually worked.

Let’s be honest here: there’s a marked difference in someone being kind and proactively trying to help (or even being asked for help), and someone who trots up to share a negative anecdote with you before they’ve even said hello. One is great. The other is shitty.

My biggest gripe with this wasn’t (and isn’t) people’s attitude or intention when sharing their thoughts with me. It was often that the advice shared was often out-dated and had since been replaced with something else. This is no one’s fault, it’s just that medical science is constantly breaking through barriers and making new discoveries, which we can pretty much all agree is a good thing. You can find that someone who was knocked up a year (or even less) before you has been given a completely different perspective on parenting to you.

When talking to a pregnant mum or new parent, by all means share your experiences but be measured about it. No matter how horrific your experiences have been, leave out the gory details. I have no idea why people find such delight in telling horror stories to pregnant women and new parents, but all it does is scare them at a time where they should be avoiding stress. In contributing to their anxiety, you could be contributing to their baby’s ill health, so cut the shit and let them get on with it. If they have a crappy experience, so be it, but you don’t need to increase the chances of that happening by sparking the fear of God into them. Allow new parents the joy of discovering firsts for themselves.

I found some unsolicited advice really distressing when pregnant, not least because I had so little time to get my head round the whole thing. For example, I didn’t have a particularly active baby. I’d get a few kicks and wriggles a few times a day (and normally at the same times each day) and I felt confident that all was OK in there… until I was told that I should be counting a minimum of 10 kicks every hour. After at least three people had quoted the “10 kicks in X hours” to me in quick succession, I spent a morning lying on my side in tears on the living room floor desperately prodding at my bump and necking fizzy drinks to encourage more movement. Just as I was about to call the hospital to complain of a lack of movements, convinced that I’d finally entirely fucked this pregnancy, my little man wriggled.

I later raised this with my community midwife, and she was pretty exasperated: the figure I’d been told hadn’t been medical advice for many years (!), so I’d totally needlessly had a morning of crippling fear and distress, which in itself wasn’t healthy for my unborn child. Now, it’s important to remember that kicks count (more on that here), and you should always be aware of your baby’s movements in utero, but there is no set amount of movements you should or shouldn’t be feeling in any one time period. All babies and bumps are different, and only you know what feels normal for you.

(NB: I know I shouldn’t have been jabbing at him and smashing back the coca-cola, or at least not admitting so in public. But I was panicked, had foolishly relied on a 30-second Google search for help and was not thinking coherently.)

(Also NB: Don’t get excited if you have a lazy baby in your bump. It’s just as likely to be a wriggly and overactive little shit when it’s out, as I have since discovered.)

That said, unless you’re some kind of oracle, you’ll need to take some advice at some point. Piece together what works for you and your baby. Your baby is unlike any other, so take account of that. If you do feel like you want a broader spectrum of suggestions on something, widen the search. Ask other parents, Health Visitors, Doctors, Nurses and Early Years workers. Just don’t ask conspiracy theory websites.

Of course, if you feel a child is at risk because of his/her parents, take the necessary action. But know first: no one has ever researched anything more than a worried parent. Allow them to do what they can for their kid. We all risk-assess constantly. In my case, I choose to use a bottle prep machine because it’s crucial to my mental health that I can make bottles quickly and easily. I know the pros, and I know the cons. I have a happy, healthy, fed baby, all the same.

You likely won’t meet a Mum that knows more about safe co-sleeping than one actually doing it. Few people are more clued up on allergies than a parent actively managing a baby’s complex dietary needs. There exists no Mama on the planet more able to relax and nurture their child healthily than one who has taken some time out for self-care to better get her head together – even if that means necking a cup of coffee and just letting her baby cry for 5 mins while she breathes.

Be kind. Help if asked, of course, and never be afraid to ask for it: being a new parent is scary and often leaves you feeling very vulnerable. We all do what we can, and not one of us isn’t trying to do a really fucking good job; so let’s keep it up and support each other in doing just that.

The jumper I’m wearing in the pic is by Mother Like No Other. This is not an ad.