Post-natal PTSD… and me 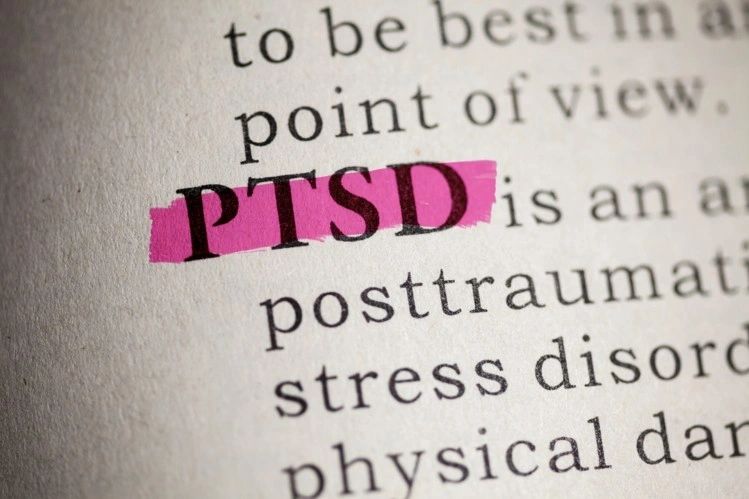 For me, the initials ‘PTSD’ conjure up mental images of injured servicemen and older people who have been through vastly traumatic historical experiences needing help to work through them mentally at a later date. I’m neither of those things, so somehow I’d never expected to be diagnosed with it myself. Yet, here we are, and I’ve just finished my first (and hey, hopefully only, right?) course of therapy for just that.

There are many things I’d like to sit and write about in this blog, but it feels like I shouldn’t, because the experiences aren’t over yet and I can’t yet reflect on them with hindsight. Actually, this too feels like one them, but realistically, my PTSD may never totally ‘go away’, and so at the end of a course of treatment, it seems as good a time as ever to collect my thoughts on the journey so far.

I may write again on it at some point – who knows? – but this covers where I’ve been, what I’ve felt, and how I feel about it now, at this point in time.

This blog contains a first-hand account of a mental health issue some may find distressing or triggering. It’s really personal, and just my own experience, so I can’t and don’t speak on behalf of anyone else with post-natal PTSD. If you think now’s not the right time for you to read this, click here and head to happier times!

(Forgive me if this is written in a style a bit clumsier than usual! It feels very ‘raw’ to be blogging about, but I think it’s important to share)

Having been through a major period of drastic and rapid change in my life, I knew there was a high chance of me experiencing some kind of mental health issue in the first year of my son’s life. 1 in 5 new mothers and 80% of NICU parents do, and I had briefly chatted through the possibility of such a thing happening with my community midwives. However, we’d spoken about, and I’d read a lot about, PND (post-natal depression) but the symptoms didn’t fit with my experience. So on I plodded but something just wasn’t… right.

For the first three or so months of my son’s life, I seemed to run on adrenaline. I got little to no sleep (an ongoing trend and no different to any other new parent) but didn’t seem overly affected by it. I was constantly googling play ideas, singing lullabies, attending baby groups, planning my weeks around anything remotely sensory-stimulating for my child and forever had a million-and-one things to do… but somehow did them all. It was only later that I crashed.

It was recommended to me both by the midwife I attended Birth Reflections Counselling with and a gynaecology consultant that I saw for birth-related health issues that I seek further advice on my mental health. After a few weeks of my mum and my other half kindly (and, to be fair, subtly) suggesting that I speak to someone, I referred myself to a post-natal mental health `team for an assessment, and went on to ongoing therapy.

Once I opened up to someone and talked about what I was experiencing, I was pretty swiftly diagnosed with post-natal PTSD. I’d read about it before, but thought it to be the by-product of a traumatic birth; and I quite liked giving birth, it felt like I’d done something kinda kick-ass (or kick-vag, as the physical case may be). In fact, my PTSD had been triggered by the time both my son and I spent in hospital post-birth, as well as, of course, the shock of finding out that I was pregnant and having fuck all time to prepare – physically, financially, mentally.

My PTSD first surfaced at night, as I sat on my bed rocking my son in that hazy half-asleep state you reach when you’ve been feeding a child every 2 hours and are desperately trying not to let yourself nod off for fear of disturbing them and having to restart the whole bedtime effort again. Sitting with my knees up and my son tucked between them, I thought I had fallen asleep and was dreaming that I was back in a hospital bed with beeping alarms, flashing lights, screaming babies, weeping mothers and me and my tiny newborn… feeling isolated, scared and detached: like everything around me was happening to someone else, somewhere else.

I found it really hard to differentiate between what was real and what wasn’t, but assumed it was a weird dream caused by my ongoing lack of sleep, and thought little more of it. Until it happened again. And again. And again.

Alongside this, I would have periods home alone (well, with my baby, but me the only adult in the house) when I’d have quite intrusive, unexpected thoughts of other scenes from the hospital – an argument, a frustration at an error made, a feeling of total despair. My heart would start beating fast, it would be like my emotions were flooding in the way they did then, and I’d try frantically to get it out of my head and focus on the positive instead. After all, here was my gorgeous son, who had gotten out of my mad pregnancy, birth and post-natal experience pretty much unscathed… why couldn’t I appreciate him more instead of thinking about something shit?!

I also began to feel some real (and totally unjustified) anger at other parents when they recounted details about their babies, births or experiences. Gave birth drug-free and were out of the hospital in 4-hours? Oh, fucking good. For. You. Husband managed to get a month of paternity leave and looked after the baby while you went on a spa weekend? Managed to get hold of the latest designer bouncy chair as recommended by a poncy mother and baby magazine for just £200? Child slept through the night and has done for months? Baby shitting strawberries and cream scented rainbows? FUCK OFF. In reality, I had nothing against these people – we’re all struggling in our own ways, this shit ain’t easy – but I was uncharacteristically jumping to conclusions about people because their apparently joy-filled lives didn’t match mine, and I felt like I was missing out, or worse, my son was. On top of this, I was overwhelmed with guilt because of the things I’d done while pregnant before I found out I was expecting; pretty much all of which were on the ‘Don’t Do’ list in every pregnancy guide ever written. All of this sat on a growing niggle of Imposter Syndrome… if mamas half my age had a better grasp of parenting than I did, what the fuck was I doing?!

Needless to say, these were all symptoms of PTSD. As for my odd dream; I hadn’t fallen asleep, but I was experiencing a flashback. This, when spelled out to me by a mental health counsellor made sense, but I would never have considered myself to be suffering from anything like it otherwise. Being told the diagnosis, having it explained to me, and learning how the mind copes with trauma (in whatever form we experience it) really helped me clarify and rationalise what I was feeling, how the situation actually had been, and what I could do about it now.

I saw a counsellor for specialist trauma therapy, and we met for an hour a week to work through my experiences. This incorporated an introductory-type hour of explaining my story and then focusing in on key memories and disturbances within it.

For my ‘flashbacks’ (it still seems so odd to even think of them like that), we analysed the senses I was experiencing and separated them out to ‘then’ and ‘now’. This let me regroup and ground myself when I found myself reliving everything; for example, the hospital was noisy and light, but the bedroom I was actually sitting in was quiet and dark. In hospital, I was alone with my baby, but in the bedroom, I had a snoring dog and partner within arm’s reach. Being able to work through a list of what had changed and reminding myself of where I was now really helped. Eventually, the flashbacks faded and on the odd occasion I do have them now, I can dull them with the reality of who and where I am.

Later on, we worked through the memories I found the most important (and, to a degree, distressing) by having me close my eyes and talk through it as though I was there and was living it again, narrating the scenario to my counsellor as I went. I would then recount how I felt then, and how I felt about the same thing now. This was pretty upsetting at the time (no one wants to remember shit that’s happened to them and go over and over it in their head, duh) but it helped me take account of it having happened, but now being over and done with.

My therapy sessions have really helped me progress out of the fuzz I was in, and in doing them, I feel like I’ve got some of ‘me’ back. Yeah, I’m a Mum now, which is something I never thought I would be, but it’s a part of my story, not all of it. I can understand now that not everything was the way I would have liked my son’s start in life to have been, but since, he has wanted for nothing and could not be more loved and looked after – and with that, the past will only matter for as long as I grasp onto it.

If you live in Norfolk and Waveney or Suffolk, and would like to speak to someone about your mental health, visit the NHS Wellbeing site and self-refer. If you’ve got a child under one, you’ll be prioritised, and the service covers everything from just feeling a bit low to specific post-natal conditions.

If you live in Norfolk and need to get out of the house, either with your baby or by yourself, check out the fantastic Get Me Out The Four Walls, who host daily meets for parents and carers of children who help them connect with others, see a change of scene and combat post-natal mental illness.