My Choice of Post-Partum Contraception 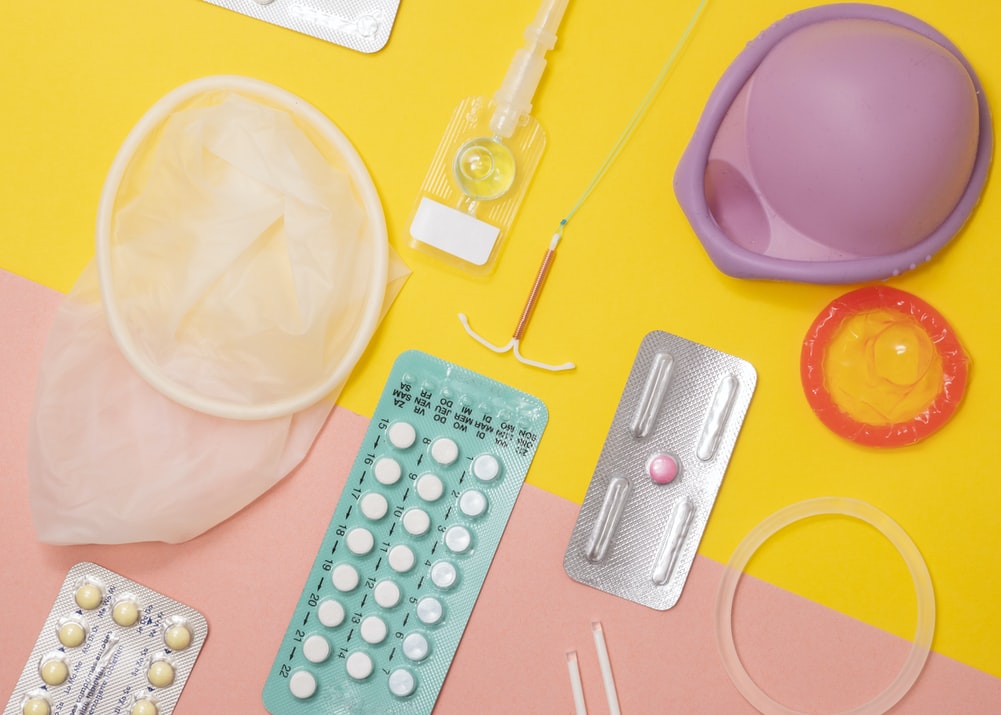 OK, so I knew while still pregnant that I didn’t want to have any more children after my firstborn; and was repeatedly horrified by the fact that no sooner had I evacuated my unintentional but beautiful creation from my body, multiple Midwives, HCAs and Doctors felt the need to immediately inform me that if I wanted to try for another, now was the time. WERE THEY FUCKING JOKING?!

I was reassured repeatedly that “you’re never as fertile as just after having had a baby”. Although that’s not entirely accurate, it’s not far off. Ovulation varies from woman to woman, but some woman can become pregnant right away. There were rumours of THREE women on my mother-and-baby hospital ward trying already. I was shocked to the core, but good for them. Those women must be toughhhh, because it would have essentially been a physical impossibility for me.

Thankfully, my Community Midwife was on the same page as me. Having nurtured me through the entirety of my not-so-typical pregnancy journey thus far, she understood that I needed quick reassurance and a solution that was as effective as possible in not surprising me a few months down the line with another new addition to the family.

Content warning: there’s some graphic discussions on the physical process of IUS (Intra-Uterine System) insertion throughout this blog. If you’re feeling squeamish, click here to leave.

I had been on the contraceptive pill when I originally fell pregnant, so my confidence in it was shaken; even if in all probability, it’s effectiveness had been impacted with a few health issues and I had been on the same thing for over 15 years. NHS advice now is that with ‘typical usage’, it’s only effective 91% of the time (yeah, I didn’t know either). It was probably about time I hit that 9%, I figure now.

My Midwife had just had the Mirena Coil fitted and recommended it for me. She said it was the most effective contraceptive widely available on the NHS (then), so I started googling. I read up a little online through various health websites and then spotted that Demi Colleen, had one fitted, so I read up on her experience. (It is totally worth a read if you’re considering having an IUS fitted, because it’s a markedly different experience to mine and you should be well informed). Other than that, I did no research. Hey, if it’s good enough for my Midwife, who should know a thing or two about getting pregnant, it’s good enough for me.

I was told to wait until my periods had resumed post-partum to then arrange for an IUS to be fitted. This was about 9 months after birth for me. I called my GP surgery and they referred me to the local Sexual Health clinic. A date was booked, and I trotted along (with my son in tow, to best demonstrate what I was trying to avoid happening again) for an initial consultation. I was asked questions about my health, sex life and birth experience, and then saw an actual Mirena. We chatted through how it worked, and I agreed I wanted to go ahead.

(On this note, if you’ve gotta take a baby/toddler with you, just let your local clinic know. Mine were GREAT at accommodating me. They opened up a separate area and room for us to wait and be seen in. This meant I didn’t trigger/upset anyone else there, and didn’t have to attempt to get a pushchair up the stairs! Shout out to Norwich iCASH who were brilliant.)

The Mirena isn’t like the copper device you probably think of when you hear the word ‘coil’. It’s a small white plastic IUS that’s T-shaped and sits in your uterus releasing the hormone progestin. Progestin thickens the cervical mucus to prevent sperm entering any higher and thins the uterus lining to partly suppress ovulation. It all-round makes a bit of a difficult environment for any keen sperm to have any fun in. It will easily fit in the palm of your hand, but to start working… it’s gotta get up there.

My ‘insertion’ appointment was booked for a couple of weeks later, and I was advised not to bring my son with me, and to sort a lift home in case I felt uncomfortable. I didn’t manage to arrange the latter but I did sort a babysitter, so this time went along by myself.

After a little wait and a short form filling session, I peed in a cup (just to be sure I wasn’t already pregnant and thankfully, I wasn’t), then was led through to a clinical procedural room with two female nurses. We had some chit chat and then they completed a quick check not dissimilar to a smear test. Apparently, this just ensured the neck of my womb was in the right place. It didn’t hurt, I wouldn’t say, although it was no more enjoyable than a smear. The whole thing was over in a minute or so, so they set up the equipment (I guess I mean, a new Mirena?). I covered myself up for a few minutes to chat about reality TV before the main event.

The insertion literally puts the coil in, and then cuts the threads hanging off the device so they’re high up. I didn’t have any local anaesthetic (I’m allergic to anaesthetics so avoid them as often as possible anyway), but it’s an option. For me, there was no embarrassment – but I get that’s not the case for everyone. I love a good flaps chat, had less than a year prior a room full of medical staff gazing at my vagina as I delivered my son, had a few other uncomfortable gynae procedures a year or so before that, and have a smear test every 3 months, so for me, it wasn’t really a big deal. I’ve done public speaking gigs on vaginal health before, so I’m not easily fazed by this shit. I guess that probably makes me an easy patient for medical staff.

My Mirena Side Effects

I wouldn’t say that I felt pain as such for the insertion, but it was uncomfortable. I could feel pulling, and it felt hot (much like giving birth!) but it was over very, very quickly. When I left, I realised that the whole thing from start to finish had taken less than half an hour.

I had a few period-like cramps for a couple of days that were tamed with paracetamol, and some light bleeding the third day, but nothing else. But, I was, however, HEARTBROKEN for my period to arrive a few weeks later! 80% of those with the Mirena fitted had their periods stop entirely within the first three months. This, sadly, was not the case for me.

Now, about a year later, I’d say my side effects are minor. I don’t menstruate at all which has got to be a gift sent from some kind of period god. It took about 8/9 months for this to happen for me, which I know is more than most, but they definitely eased down and got lighter and easier before finally giving up completely. The other side effect I suffer (although perhaps suffer is too harsh a word for it) is occasional outbreaks of hormonal spots along my jaw line, which tends to happen around the time I would have got my period anyway. It’s definitely more of an inconvenience than a problem and only lasts a couple of days at a time.

The Mirena coil lasts five years, and the Sexual Health Clinic gave me a little card (which now I realise I *think* is in my purse, but I’m not sure…) to keep with the insertion date on it and details of what to do to have it removed and a fresh one whacked up there. At the moment, I intend to just have it replaced, but I’ll re-visit this thinking nearer the time and see how things are for me. It’s worth noting that you don’t have to wait five years for it be removed, and your fertility will return back to normal (whatever that is for you) almost right away.

For me, the Mirena has totally been worth it, and rather than being just one less thing for me to worry about, it covers two – contraception and menstruation. Win-win… just with a few spots. But it turns out cleansers are cheaper than kids. Phew!