I chose not to have an abortion. But I believe everyone should have the choice. 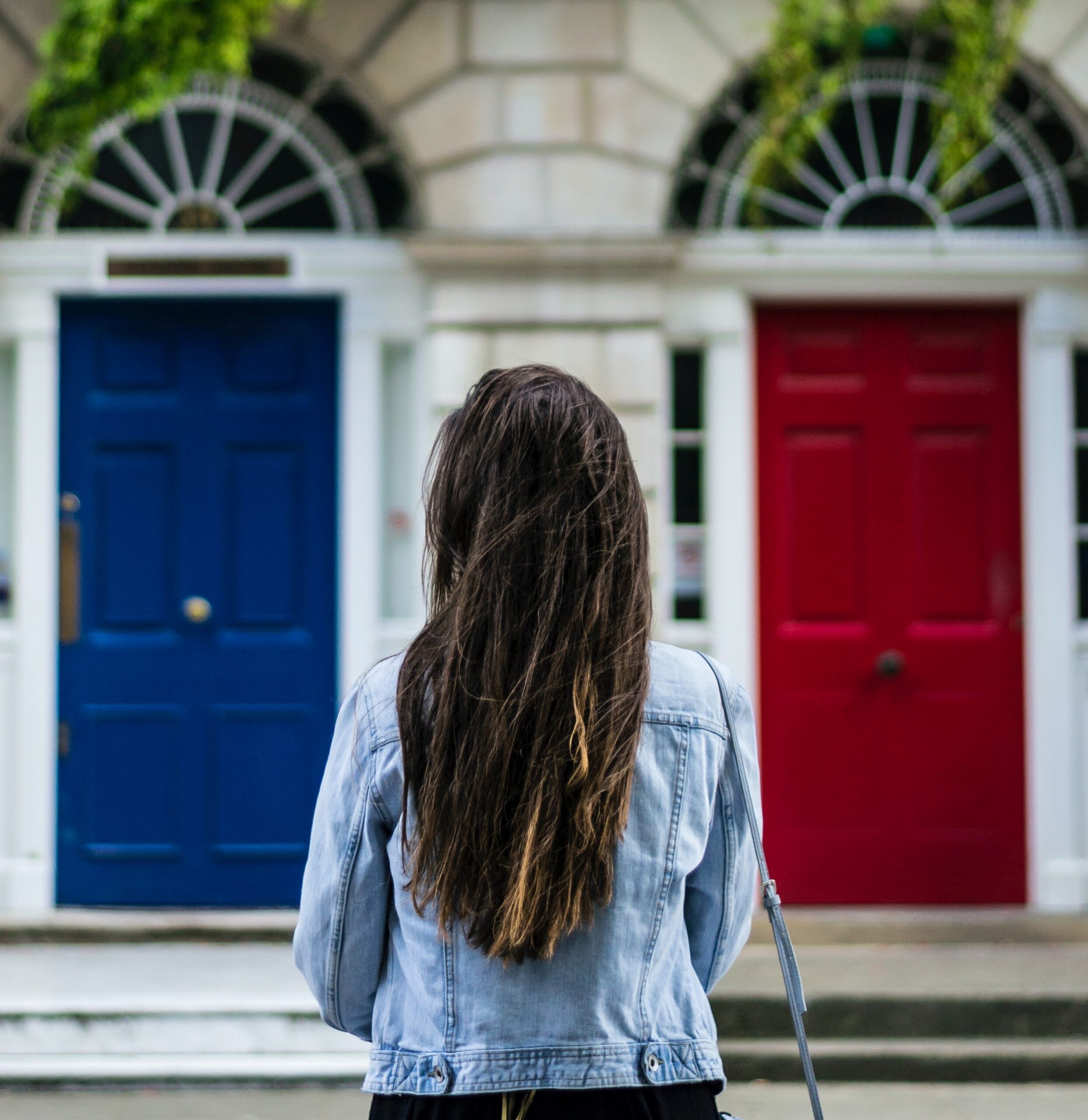 TW: Pregnancy termination, pregnancy loss, death, sexual assault, graphic descriptions of medical procedures. This gets graphic and uncomfortable, so please don’t read on if you feel that these themes could upset you.

Statistics referred to in this piece have come from a variety of sources, including the NHS, British Pregnancy Advisory Service, UN, World Health Organisation, Guttmacher Institute and study notes from Stanford University’s International Human Rights and Women’s Health course.

When you think of women having an abortion, what circumstances first come to mind? Do you immediately conjure up a mental image of a hungover 20-something who conceived on a one-night stand, or of a heroin addict checking in for her third termination because she doesn’t want kids but seemingly hasn’t prioritised contraception? You’ll be forgiven for either of these – they’re very common misconceptions, and sure, they no doubt fit the bill of people who have chosen to terminate a pregnancy at some point.

But have you considered a 13 year old girl who’s been raped by a family member? Or a woman who desperately wants her baby but will have to terminate for medical reasons or she will almost certainly die, unable to raise her other, already living, kids? Or the girl who knows that if she doesn’t abort her pregnancy, her abusive boyfriend will almost definitely hurt the child? Or those who didn’t intend on ever having children but were failed by contraception? Or the parents who have been told beyond doubt that their baby will never live past being in utero? Or the mother who has such appalling pregnancy sickness that she’s unable to function and can’t imagine going on another day so ill?

I kinda hope that you haven’t thought of these scenarios, because they’re all situations that shouldn’t happen. But you do need to consider them, because they’re real. And they happen ALL THE FUCKING TIME.

The newly introduced abortion laws in Texas are the talk of social media and you’ll undoubtedly have seen them debated and discussed online or in the news. The state’s new anti-abortion law – which Human Rights lawyers say is in breach of international law standards on bodily autonomy as well as sex discrimination – criminalise not just the act of having a safe termination after 6 weeks of pregnancy but also the act of aiding or abetting anyone to get one.

What’s more, bounties of up to $10,000 + legal fees are being offered to anyone who aids legal enforcement of this law by submitting their details (aka, grassing them up). Aiding and abetting termination could count as driving someone to a Planned Parenthood clinic (even if you didn’t know they were pregnant), giving them leaflets or information on safe abortion or even just discussing the possibility with them. But with ten grand at stake, none of that really matters – because there’s a heavy possibility that those desperate for the cash will file false accusations whether or not anyone actually supported expectant parents through the process at all.

At six weeks, it’s estimated that between 80-90% of pregnancies are unknown. These aren’t just by ‘silly’ teenagers or women who miss the symptoms, either – it’s not uncommon for those who undergoing IVF to not know by six weeks; but for those not paying heavily for the privilege, there’d often be no reason to test before six weeks.

Abortion laws vary worldwide, and international law states that although governments have the ability to regulate voluntary pregnancy terminations but not ever in a way that jeopardises a pregnant person’s health, subjects them to pain or suffering, discriminates against them or could interfere with their pregnancy. By setting a six week limit on pregnancy termination, there is almost no way that any potential health issues could be identified (for baby or mother) or that any pain or suffering could be judged. You ever seen a six week old foetus on a pregnancy scan? It looks like a black and white baked bean with next to no distinguishing features. Most pregnant people won’t even have seen a midwife to register their pregnancy by six weeks, let alone have seen a sonographer for a scan in-depth enough to analyse clinical risk.

Indeed you may have seen the Texas abortion regulations be referred to as a ‘heartbeat bill’. While this definitely sounds emotive, it’s bullshit. In some cases, no heartbeat can be detected in a foetus until seven or even eight weeks. Don’t name it what it isn’t – and if you feel you can, point out the obviously intended and unnecessary evocative wording to those who use it.

In the UK, termination is offered up to the twenty four week (six month) mark, with any exceptions made onward on a case-by-case basis. After the six month point, there are still some circumstances in which it makes medical sense to terminate a pregnancy. Equally, it is then possible for a foetus to be birthed and to live prematurely – and advancements in clinical tech has seen 23 and even 22 weekers live too. By way of contrast, in Nepal, abortion is legal up to 12 weeks with no restrictions and up to 18 for survivors of rape or incest. This difference of 12 weeks (for most) results in 50% of all of Nepalese maternal deaths being caused by unsafe pregnancy termination. In the UK, the percentage is so low it’s not even listed as a cause categorisation.

Those of you who have read my site before know that I didn’t find out that I was pregnant until just after that point. I hadn’t ever planned on having a baby, and I’m not ever going to gloss over the truth that I was completely fucking terrified to do so at such short notice. I was offered counselling by BPAS (the British Pregnancy Advisory Service) and informed that my case would qualify for termination should I wish not to continue with my pregnancy. I decided against an abortion, a decision I have never regretted, but I acknowledge the privilege of my circumstances both then and since in being able to do so. Would I want to have all the options offered to me again? Absolutely. Should my pregnancy had happened at any other time in my life, the situation would not have been the same. My body. My choice.

TW: This is about to get super graphic, so please don’t read on if you feel this may upset you.

Abortion, when carried out in a safe environment with sufficient medical support, can be done in a way that has no ongoing physical impact on the pregnancy carrier. Medically managed, termination can be completed through the use of pills or through surgical intervention. Counselling is offered before and after a termination with priority mental health support often available thereafter. It’s estimated that 40% of the world’s population live with the ready availability of ‘unrestricted abortion’; that is, access to safe and medically managed termination limited only by pregnancy viability guidelines. No matter at what stage a pregnancy reaches, it is always safer to terminate medically than it is to give birth. In the UK, the NHS advises that 7% of medically managed abortions and 3.5% of surgical abortions will result a complication. For births, up to 50% will include a complication.

Abortion, when carried out without medical management, kills. The World Health Organisation estimate that 45% of abortions worldwide are without adequate medical intervention; either because there isn’t access to any, or because the pregnancy has progressed too far. These terminations are therefore considered unsafe. But if safe termination can be done with a single pill, why are these so dangerous? To be frank, because of their methods. The WHO advise of common abortion methods including the insertion of twigs, roots and traditional herbal concoctions, the much mentioned coat hanger ‘withdrawal’ and the application of external force – and yep, let’s not beat around the bush on this one, it’s literally beating a bump until the foetus within dies.

The issue with safe abortions only being offered up to a short term pregnancy point isn’t that it stops them from happening. Rather, it does the opposite. When pregnant people are unable to access safe terminations, they go ahead and have them anyway – at risk not just to the foetuses they’re carrying, but also to themselves. Unborn babies die. Pregnant people die. There are no winners… just double the amount of death.

In Texas – but also elsewhere in the world – where abortion access is heavily restricted, it is all too often lauded as a legal decision made on religious grounds. If this is the case, then society needs to question why it continues to enforce and validate belief systems that so obviously discriminate against women and those giving birth. When a law allows a rapist to sue for parental rights but forces their victim to carry a child to full term, can charge someone experiencing a miscarriage with murder if they have nicotine in their system or a medical professional can refuse treatment on no grounds other than they’re not comfortable with it, are we really protecting embryos… or are we giving them rights we’ll only take away from them if they’re born female? You can make your own mind up on that one.

The header image featured at the top of this page was taken by Letizia Bordoni, for Unsplash.