Having A Premature Baby: What I Wanted People To Know 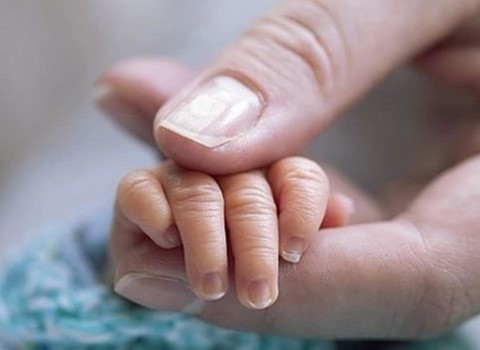 November 17th (the day I’m hitting publish on this blog, because, DUH, I’m just sooo co-ordinated) is World Prematurity Day. Learn how you can support the care of premature babies through Bliss, the charity for babies born premature or sick.

I had my son five weeks early, which, in the grand scheme of things, isn’t very early at all. Premature pregnancies can be delivered from 24 weeks, with talk of the advances in medical care facilitating birth from 22 weeks. However, most babies born this early are (duh) very small, and need to stay in NICU (the Neo-natal Intensive Care Unit) or SCBU (the Special Care Baby Unit) for a prolonged period of time – often until their due date.

‘Term’ for a pregnancy is considered 37 weeks, so any baby born before this is premature. If it’s just a few days, there’s usually no issue. The NHS estimate that 8 out of every 100 babies are born prematurely, but these are sometimes planned to avoid complications (especially with multiple births).

I was born six weeks early, and spent time on SCBU at the Princess Alexandra Hospital, so my Mum was a parent to a preemie. This became invaluable for me as my son and I spent time in hospital. She knew exactly what to say and do to try and put me at ease (well, as much as possible). But no one else around me had been about teeny preemies, and so I felt pretty isolated with everyone else.

The bubble of being a first-time mum to a newborn can feel really fucking scary at the best of times, but having a hospital experience that left me with PTSD was exceptionally shit. At times I felt like I wanted to scream at people but that I was invisible and mute, trapped and completely unable to articulate myself. Now that I can, I’m able to set out what I wish everyone had understood about having a premature baby; and perhaps if you have a friend or family member with a preemie, you can take something away from it.

This blog is on my feelings and experiences, and no one else’s. All babies are different and all parents are different, so don’t take this shit as gospel. Speak to your preemie parent pals and ask them what they need from you!

I don’t care if this is the smallest baby you’ve ever seen – don’t say so.

As a first-time mum, I didn’t realise how small my baby was… because he’s just baby-sized, right? It wasn’t until I saw other babies in the hospital and compare them that I understood he was smaller. He was little, sure, but perfectly-formed – so don’t induce parent-panic by commenting on weight. Just say they look gorgeous.

The risk of complications from infection are high in premature babies. WASH YOUR DAMN HANDS!

Pretty much every hospital ward has one of those hand-sanitiser dispensers outside the doors, and let’s be frank: no one bothers every. fucking. time. BUT, in some wards, that shit’s more important than others. Newborn babies have literally never been out in the world before and so everything is new. For preemies, the risks are even higher. Their immune systems are even less developed – and in some cases, aren’t really ready to be out in the big wide world at all.

Yes, it’s annoying to have to carex your hands before holding a baby, but it won’t kill you. It doesn’t matter if you think parents are being over-protective or prissy; hold your tongue or don’t hold the kid. It’s an easy choice.

No, you don’t wish you’d had a preemie so you could be pregnant for less time.

This is said with alarming frequency, but it’s obviously (or at least, to me) said thoughtlessly and without any malice. Just don’t make this comment unless you’ve had a premature baby. The terror of NICU or SCBU, the financial hardship often experienced because of missed work commitments and the crazy anxiety of having a child small or sick isn’t something anyone should covet. We all want healthy, happy children, even if that comes at the expense of waddling a little longer.

Bringing presents to the hospital can make things awkward.

It’s a really fortunate position to be in to have people who want to visit you in hospital. Even better if they want to buy and give you and your new arrival presents, right? That wasn’t lost on me and I’m still grateful for it. That said, the hospital was so crowded when we were in that we were unable to have a private room as we should have. This meant we were in a small cubicle with next-to-no room either side of the bed. Presents (most of which we couldn’t use yet anyway) took up room we didn’t have and I already felt stifled. Save the presents for a home visit later on, when there’s the time and space to get excited about gifts and really appreciate them.

Baby clothes can be a sensitive subject.

I’m fairly sure that every parent on the planet has been handed a gift of baby clothes and been told “I didn’t get newborn sized, because they grow out of them so quick!”. It’s an off-the-cuff comment, but it’s not appropriate for most premature babies. My son wasn’t as small as some, and could fit in newborn clothes at about 3 months, but for many, many preemies, it’s longer, so stay mindful with your chat.

If you have bought something that looks like it’s a bit big and would like to grab something smaller, there’s some great cheap ‘small baby’ ranges at Asda, Boots and Morrisons (and most tiny baby clothes are gender neutral, bonus!).

If you’re after tiny baby clothes that can fit around feeding tubes, limb casts or other medical equipment, M&S do a really reasonably-priced range.

Clothes are one thing, but shitrags are an entirely different one. ‘Size 1’ nappies are the standard newborn size and tend to start to fit babies around 2.5kg (about 6lbs). These are available pretty much everywhere, but if you need something smaller, they’re often more difficult to find. Size 0 nappies are available, but they’re limited.

When I had my son, only one supermarket did their own brand (and we literally never found them in stock) and so Pampers were our only option – and they were double the price (and sometimes triple!) of bigger sizes. Premature babies’ little limbs mean that no matter how much they weigh, they often end up wearing size 0 nappies for a prolonged period of time, so do your preemie parents a favour: buy them nappies. My son went through a phase of getting through a pack a day at one point, and they were the best present we ever received!

This World Prematurity Day, Pampers are donating smaller nappies to NICU and SCBU wards. That’s positive, but I’d still like to see them do more; fair pricing would be a start!

Going home can be a scary thought.

Don’t be surprised if preemie parents aren’t enthused at the prospect of going home – even if they do get upset at the sight of everyone else strolling down the corridor with their car seats in hand.

I was really lucky to not be in hospital for too long a stay and was discharged just a few hours before my son, but many parents of premature babies find they’re discharged long before their babies are. Despite desperately wanting to be at home with our new arrival whilst in hospital, it felt pretty scary when the time came.

We had daily visits from midwives, Health Visitors and NICU nurses for a while, but the reality is that once you’re home, you just gotta get on with ‘mumming’ and you’re no less full of anxieties and worries than you were in the hospital; just there, you had professionals to help you out with it. Don’t push the ‘hey, you’ll be home before you know it!’ line too much, and don’t push for home visits right away. It’s terrifying, but it’s manageable, eventually, bit by bit, with a lot of support.

All of the parenting advice you’ve ever been given may be irrelevant.

I found myself getting increasingly upset at people assuming I was doing things wrong for my son because I wasn’t doing them the way they did for their (term) babies. It wasn’t the case; we just had to deal with some things differently; but it was nonetheless pretty frustrating.

You know what they say: the best things come in small packages. As someone through the other side of this now, I can promise you… it’s true! Look amongst your friendship group and see if you can tell who was born ahead of schedule. You probably can’t, and you probably won’t be able to tell with your little’un either. Just know they’re extra special, and they’ll do things their own way in their own time. Who doesn’t want to raise an individualist anyway? 🙂